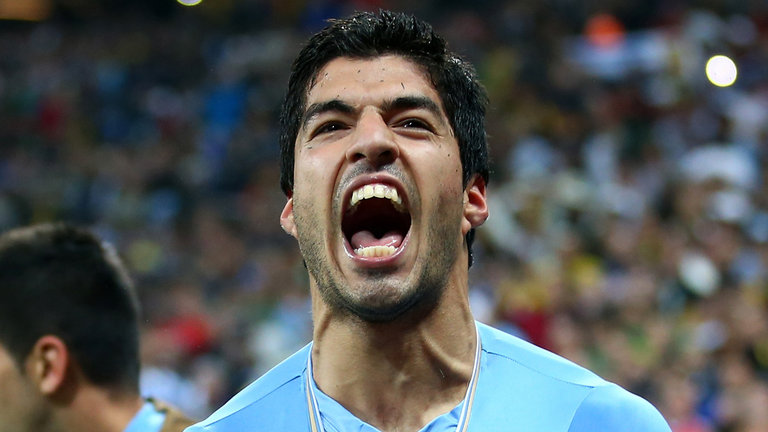 Well, it was just one summer of speculation too far… After a cracking year of retained services at Liverpool we finally lost our talismanic striker, Luis Suarez, to the grandeur of the Catalan giants, Barcelona. It was a difficult summer… What with the failure of the homegrown boys to get anywhere in the tournament, Luis went for one bite more than he could chew….AGAIN. His behaviour brought shame to our club for not the first time, even though his bite on the Italian, Giorgio Chiellini, was committed in his national colours of Uruguay. He was facing a lengthy ban from not just international football but would have been absent for the first few months of our domestic season. After his early World Cup bath, he started to chew on some humble pie, apologising for the shameful incident, just enough for his proposed move to Barca to go through… With all the release clause details having been clarified when he signed a new contract last year, all Barca had to do was come in with the necessary coin. Luis parted company with Liverpool to the tune of £75 million, netting us just over £50 million in profit. I was hoping he’d stay on, especially as we now have the desired Champions League football that Luis himself so desired. His goals last year were special and I cannot see how anyone can bag so many from such a varied amount of positions. He was an individual player and I feel he was ‘on the rise’ so to speak, as a professional world-beating striker…. in Liverpool colours. In four seasons at Liverpool he bagged 69 goals in 110 appearances, a strong record, making him among our most prolific ever goal-scorers.

As much as I wanted him to stay, I can see exactly why Brendan Rodgers has moved on and got rid. Luis’ behaviour does no good to the reputation of Liverpool. one bad incident is provocative enough but it is clear from experience that Luis has issues which make him a liability. Could we afford the repercussions of his next misdemeanour? Is it possible to reach the heights of a football club when your star player is banned for several months each season? It could be argued that were last season’s ban not in place we would have won the league comfortably. Close season after close season of transfer speculation is just too much a distraction. It was clear that Luis’ heart was with the Spanish giants. He gets to speak his native tongue and is away from the malicious prying of the British press. I think that £75 million is a good price. We can rebuild our team significantly with the cash and for one man it is an awful lot of money. I am sure that five new quality players will surpass the efforts of one man who is undeniably world class. We are looking to the future. Who is to say that next year Luis doesn’t receive a lifetime ban or a career-disturbing injury which reduces his value to nowt?

What of the future? Already we are verging on £100 million of new acquisitions in the transfer market and a replacement high quality striker is still on the cards. I’d like to see Marco Reus come in for £30 million or so. Lallana looks as though he can chip in a lot of goals from midfield and Raheem Sterling has demonstrated, in particular towards the end of last season, that he is a growing menace on goal. Luis heads off to lead a formidable triumvirate at Barcelona. What defender in the world won’t be grinding his teeth n bed at night, worrying about facing Messi, Neymar and Suarez? It could be the best strikeforce ever in world football and Barcelona could go on to dominance at club level…. Or? Look at what happened to previous world class strikers who have left Liverpool for greener grass and pastures new… Michael Owen bade farewell after insisting on the appointment of Rafael Benitez as new coach. He went to the Madridistas but was only ever half the player for his subsequent career as he was at Liverpool. The other obvious example of a collapsed striker is Fernando Torres. He saw his best days as a footballer at Liverpool yet his big money move to Chelsea has left him the butt of jokes across the world as he fails to cut it there, his goal ratio halved. We got £50 million for Torres, a huge profit. The Luis money surpasses the Torres cash and I think that without the dedicated support of Liverpool football club, with its high quality training facilities, passionate supporters and caring management, Luis could indeed realise that his best days are behind him. Maybe he’ll do a Rushie and return in a season or two’s time, after his taste of life abroad? He’d always be welcome (I’d incidentally also like to see a return of Fernando Torres to Anfield – I think he’s more potential than say, Ricky Lambert?). It will be difficult watching Luis when he finally returns to the Champions League after his ban. Of course we’re bound to end of facing Barca at some point… He’s a quality player and I wish him all the best. We are a club that is bigger than any individual and life goes on. Just remember what happened the year we lost Owen to Madrid, the last time a talismanic striker left for the Spanish giants. We went on to lift the Champions League trophy. People are warning about us being the new Tottenham, with a wasted huge transfer budget and minus our star player. We are Liverpool, we are back in Europe and we have a point to prove in the title race. We are in safe hands and will go on to great success.