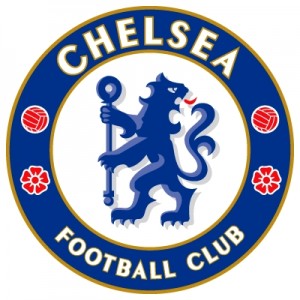 Brendan Rodgers, as manager of Liverpool, has never lost two games in a row. He accomplished this feat whilst at Swansea too. Yes, we slipped on the carcass of the Christmas Turkey on Boxing Day and fell to Manchester City in a game we should have won. Perhaps it was a case of too much Christmas Day revelry, knowing we had made it to the top of the league for Christmas? Anyway, we cannot change the fact that we go into today’s match at Stamford Bridge in fourth place. Chelsea are a point and a place ahead, in third. Looking at the table after Saturday’s games, it is quite frightening to see that Moyes’ Mancs are just two points below us now. For all the giggling we’ve been doing at them this season…. we really ought to shape up and assert ourselves until we hit the summit again…. and stay there this time. It’s tighter than a pair of leggings at the top this season.

On paper, one might suggest that today’s fixture is an easier one than our visit to the Etihad. However, we go into the game with a squad, already plagued with injuries that has been weakened even further. The proximity of the January transfer window will be a godsend for us. If we are to maintain contact with the top four and possibly attempt to win the league we need a stronger squad. Jon Flanagan is still out. Steven Gerrard, closer to recovery is still absent, along with Daniel Sturridge plus the other long-termers. Victor Moses is ineligible due to his loan conditions, ruling out a Boxing Day player. Our squad is thin on the ground. Aly Cissokho, who didn’t win the praise of the fans last week, is likely to deputise at left-back. There is talk of Daniel Agger replacing Mamadou Sakho in the centre half position though some more cautious liverpool pundits have stated that it’d be better to wait for the Hull fixture to make this change. Simon Mignolet will need to be less shaky today, and we’ll need the midfield firing up well. I thought our attacking triangle against Man City did very well. Philippe Coutinho seemed to sparkle and Raheem Sterling continues to be in top form. There has been a question mark over Luis Suarez’s record against the top sides. He has failed to score in our fixtures this season against Manchester United, Arsenal and Manchester City. He will be keen to silence doubters and can expect an extra hostile crowd, especially with it being his first meeting with Ivanovic since the notorious biting incident.

Chelsea’s ranks are also depleted though they have a much stronger squad. Ramires is out with a suspension for accumulation of yellow cards. Frank Lampard will most likely step up to replace him and there is no love lost between Frank and us. I’ve not been a fan of his since he broke Xabi Alonso’s ankle at Anfield on New Year’s Day several years ago and proceeded to taunt the Kop, proud of his exploits. Jose Mourinho rotates his defence and Ashley Cole is likely to be replaced by Cesar Azpilicueta. John Terry hits a landmark 600th Chelsea cap in today’s game. Fernando Torres is likely to be up front against the Reds, but this is good news really. In six games against us since he moved he has failed to score a single goal and is yet to register a victory. Chelsea have been far less prolific in front of goal than us so far this season, scoring ten goals fewer. Our defence is likely to be threatened less than on Boxing Day, though Chelsea’s defence is certainly among the strongest in the division.

Brendan Rodgers and Jose Mourinho have a deep mutual respect and with Rodgers having served as junior team coach and also reserve team coach during the outspoken Portuguese’s previous reign at the Blues, both will be well up on each other’s tactics. Rodgers is his three latest managerial jobs has never beaten a Mourinho side. Jose is wily. His return to English football has seen a cagier less flamboyant press image and a seemingly deeper thinking seriousness about him. Chelsea’s football has been criticised for not being free flowing, but they are sitting a point above us.

There’s bad news for the referee doubting Liverpool manager as one of our least favourite men in black takes charge of today’s game. Howard Webb will surely have one eye on the two point gap in the table that separates our side from his. I just hope his Christmas scotch was a little sour.

Another defeat would surely put a spanner in the works. If we can stay in the hunt to the new year, we have an easier run of games coming up and key players are due back from injury. The second half of the season sees us taking most of the top sides back to Anfield where it has been re-established as a fortress. The omen’s are good but today’s game is very crucial. It is a pivot point in our season.