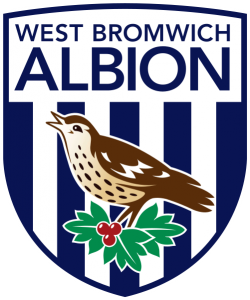 Liverpool welcome West Brom to Anfield in this non-televised 3pm fixture. Liverpool are currently third in the league with West Brom standing at twelfth. League form, however, can be overlooked. West Brom are a bogey side of Liverpool’s, having won 4 of our previous five league fixtures, including a comfortable double over us last season. Although West Brom haven’t won in over a month, they have been impressive against the top sides, beating Man United in their own back yard and also holding Arsenal to a 1-1 draw. Their manager, former no 2 to Kenny Dalgleish at Liverpool, Steve Clarke, will certainly not be afraid of Liverpool, and is likely to have good knowledge of our side.

For Liverpool, Lucas Leiva should likely make a return to midfield, having been absent for baby duty last weekend. Glen Johnson should be match fit by now and with Jose Enrique still out with a knock, Aly Cissokho looks set to play left-back. Philippe Coutinho still hasn’t commenced full contact training though should hopefully be back for next weekend’s fixture against Arsenal.

Winger, Scott Sinclair, will be missing for West Brom. Ben Foster, Zoltan Gera and George Thorne are also likely to sit out with injuries.

The big question for Liverpool manager, Brendan Rodgers, is whether to stick with his 3 central defenders. We haven’t yet held a clean sheet using these tactics. I think that a 3-5-2 formation is perhaps a bit too negative, especially for a home game. Also, is it time for Daniel Agger to start again? Martin Skrtel’s form has been holding our vice-captain out of the side. Is it time for Toure or Sakho to make way for the Dane?

Luis Suarez will be hungry as he is yet to score in five games against West Brom. Hopefully his SAS partner, a man with 20 Liverpool goals in 26 appearances, Daniel Sturridge, will also be keen to bag some more goals for his leading tally.

I think that Liverpool will be apprehensive about this fixture and maybe will be a bit too over-cautious. They has a bad game against Newcastle last week and need to bounce back. Hopefully our home crowd will be supportive and provide the impetus for us to get the three points which the bookies are predicting. Never in our club’s history have we lost three consecutive home games to West Brom. Let’s hope that this afternoon we can end this bogey team’s run against us.