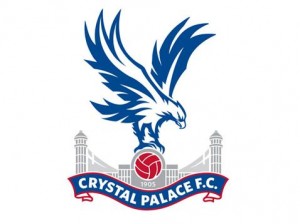 Last time out at Anfield, Liverpool gave a disappointing performance and slumped to a 2-0 defeat against Southampton.We turned the corner in out mini-crisis, however, and beat Sunderland away last week, to take up second place in the league. Here, we return to a home fixture against minnow opposition. Crystal Palace are languishing in the drop-zone already, just above Sunderland in 19th place, with one win and five losses. When you look ahead to fixtures, it’s the eye-catching ones which excite supporters. The matches against the top four sides, the Merseyside derby, the Man United games. These games, for Liverpool, generally cause few problems. We always step it up for the big occasions and usually succeed in bagging all the points on offer. Nowadays, I see the likes of Crystal Palace at home in the fixture list, and whereas, looking at the league standings, it should be an easy three points, for Liverpool, we always seem to struggle against the hackers that fight it out at the bottom of the division. I think that with Liverpool being such a huge club historically, sides like Palace, who are not as accustomed to Premiership ways, really try to perform and shine in front of our passionate football loving supporters. Games in the atmosphere of Anfield bring out the best in the opposition. It is like stepping out at Wembley for them. They bring their A-game, and also their mainly physical styles don’t suit us very well. We like beautiful football, passing and movement. When you are facing rough aerial challenges and hoofed long-balls from the back for ninety minutes, it takes its toll on the players, and slips in defence are more likely to occur.

Injuries and suspensions mean that Liverpool will be flexing their squad for the game. Lucas Leiva is a critical non-starter, on a one-match ban for accumulation of yellow cards. It seems a little early in the season for this to happen, and our Brazilian starlet should perhaps pay more attention to his discipline when he returns. Lucas’ natural replacement, Joe Allen, is still out injured with his hamstring. Obviously, Coutinho and Johnson, are still in recovery and Cissokho also misses out. Sebastien Coates has picked up a cruciate knee ligament injury on international duty so is another long term absentee. Rodgers is likely to turn to Jordan Henderson as cover for Lucas. Although he’s been out on the right all season, he can easily drop into the middle and we will most probably see him dovetailing back and for in the centre with captain, Steven Gerrard. It will be Suarez’s first opportunity, after his ban, to greet the Anfield faithful, so we can expect him to be shining. Sturridge has scored 5 of our 8 league goals this season and he is most definitely the form player. What happens defensively is perhaps more of a mystery. There has been tinkering in the past few games, and in my opinion we haven’t looked too comfortable. There are players missing, but is a 3-5-2 the right formation for a home game? Are three central defenders too many? I think a 4-4-2 will let us more loose. I’d like to see some of the younger players fit in at the back. Flanagan, Kelly? I know Toure has experience but is he really quick enough to cover the right back role? Surely we should have a natural player in that position?

Yannick Bolasie makes a welcome comeback for Palace, the exciting winger, having been absent since preseason with a hamstring injury. There is a bit of a crisis in defence with Patrick McCarthy, Damien Delaney and Jonathan Parr all doubtful for the game.

Ian Holloway, as a manager, will be relishing the opportunity to play Liverpool. In previous seasons, he has brought Blackpool here and, completely outplaying us, has stolen away the precious three points. That did happen under the fateful Roy Hodgson era, so maybe with the more stability we have under Brendan Rodgers, will simply make us too strong for Palace. I think that our new attacking S.A.S. will be just too much for the Palace defenders to contain. It’s three points on offer and although they won’t be presented on a plate, we should really get them and for 24 hours at least, resume our rightful position at the top of the Premiership.

The game kicks off at 3pm and is not being televised live in the UK. I’d recommend http://wiziwig.tv or Sports Lemon for the live internet streaming. 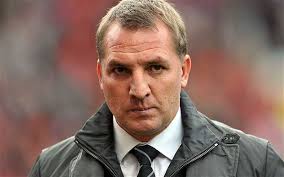 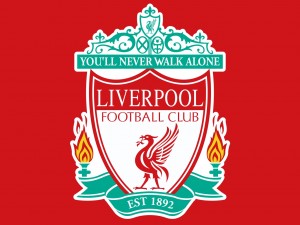 Liverpool return to Anfield for a 3pm Saturday fixture, that, on paper, looks a lot more winnable than last time out’s draw away at Swansea. However, The Saints have proved a stumbling block to the Redmen in recent years, with Southampton winning four out of the last six clashes between us, though most of those points won have been at their own ground. Last season the corresponding fixture finished in a 1-0 Liverpool victory. Southampton, though, at St Mary’s, were the last premiership side to inflict defeat upon Liverpool after they totally outplayed us there and won 3-1.

Southampton are currently 11th in the league with 5 points out of a possible twelve, having won one, lost one and drawn two. To be fair it’s a relatively good start. They finished 14th in the Premiership last season so they are performing above average at present. Liverpool are, of course, perched back where they belong, at the top of the league with ten points, 3 wins and one draw. Both teams have only conceded 2 goals so a low-scoring match today looks likely as both have mean defences.

Daniel Sturridge will look forward today to adding to his goals tally and if he does score it will be the fifth consecutive Premiership game in which he has done so. Daniel Agger will be back ready for selection after missing last Monday’s fixture against Swansea with a side strain. Whether Sakho, Toure or Skrtel will fill in in central defence next to him will be a tricky decision for Brendan Rodgers to make. Our key star winger, Philippe Coutinho, is out for several weeks with his shoulder injury, so it looks likely that either new boy Iago Aspas or Raheem Sterling will be called up for duties to replace him. This will be the last match left for Luis Suarez’s ban so he will be back ready for selection as of the next game. The Saints have left back Danny Fox missing due to injury.

It will probably be a fairly tight game, though with Liverpool’s good start to the season and Sturridge’s blinding form, I predict a victory and thee points to extend Liverpool’s early dominance at the top of the league.

The match kicks off at 3pm and isn’t being televised live in the UK so you’ll have to get it streaming on the net. I can recommend trying http://wiziwig.tv  or http://sportlemon.tv for your streams. YNWA 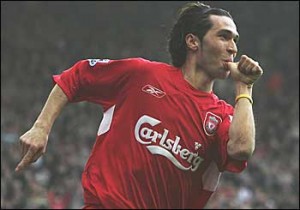