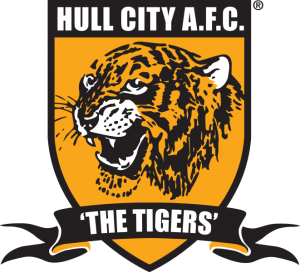 Liverpool travel to the KC Stadium for an away fixture that at first glance looks a nice comfortable three-pointer after the challenges posed to us at Goodison in the derby last weekend. In sixteen games against Liverpool, Hull City are winless, though two of the four premiership fixtures between the sides have ended in draws. The big headlines for Liverpool is that the SAS is a man down. We haven’t the largest of squads and the element that has had most success so far this season has come undone with Daniel Sturridge picking up a sprained ankle in Friday’s training. Our attack will be spearheaded by Luis alone this week, though with the kind support of Coutinho and Gerrard, maybe this will be enough to see off the challenge from 13th place Hull. Hull City, since promotion, have had a fair amount of success, with this relatively high league position. Their defence has been particularly solid at home though Liverpool are the first major side to face them on their own soil. They are on a losing streak at present, however, and have lost 4 of their last 5 fixtures. The main problem facing Hull, is that despite playing good football from box to box, their strikers have lacked goals. They have the third poorest goalscoring tally in the league at 9, which is what both Luis and Sturridge each have scored independently. Our defence has performed well, though not so much on our travels. Jon Flanagan played a confident role in the derby and is likely to keep his place at left back, though with much of Hull’s forward momentum going through their Egyptian right winger, Elmohamedy, Flanagan could be in for an awkward day. The other main danger for the home side is their playmaker, former Spurs man Tom Huddlestone. He will be fired up to face the England captain Steven Gerrard and he is the most active of Hull’s passers. The Hull defence faces injury difficulties as they lost Paul McShane to a hamstring injury in their defeat to Crystal Palace last weekend.

Perhaps, Brendan Rodgers will be spoilt for choice in his selection for central defence, but the gap in attack should prove more troublesome. Could we see a return of the out of favour Iago Aspas? It looks as though Sturridge could be absent for a while and with some critical Christmas fixtures just around the corner we need to really ensure the effectiveness of our strikeforce. Another selection issue could be whether or not Joe Allen fits into midfield, allowing the captain to get forward more. Rodgers’ main man, the former Swansea star is not flavour of the month with Reds’ fans, especially after his horrific miss in the derby. The Sturridge dilemma should have us all puzzling for the bossman’s solution. Opposition manager, Steve Bruce, perhaps has the more awkward job, in plugging one of the most prolific scoring teams with a side which has little in the way of attack itself. He will need to set up his formation with a view to keeping the home fans happy, but with also safety in mind. Hull have tried their more traditionally favoured wing back defence as well as a four man defence. I suppose it depends on how Liverpool decide to set up that will determine Bruce’s final decision.

Arsenal have already played this weekend and their resounding three points away to Cardiff have left them with an impressive seven point lead. We’re still second in the top four though things are getting mightily congested in the Champions League spots. Other top sides are also playing on Sunday and we have no excuse to drop points here at the KC. Liverpool will be expected to win and let’s hope that all goes to plan.

The match kicks off at 2.05pm and will be televised live on Sky Sports.