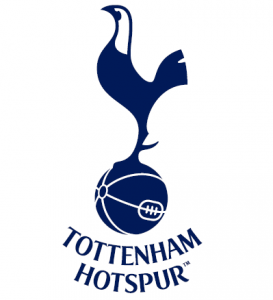 Man Of The Match: 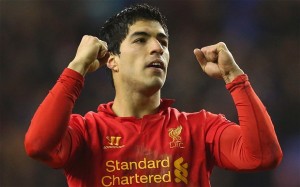 Prior to the whistle there was a tribute to Nelson Mandela. Whatever your views on Mandela there is no doubt he was an icon of the twentieth century and he did have links to our football club. After he died, I found this post online showing photos of him meeting the Liverpool team and also sporting a Liverpool top. This is enough for me to wish he rest in peace. http://www.thisisanfield.com/2013/12/liverpool-football-unites-pay-tribute-nelson-mandela-died-aged-95/

The match got underway, with further tinkering in the centre backs. Rotation seems to be a fixed policy. Martin Skrtel seems first choice and a constant, but Daniel Agger was dropped today in favour of Mamadou Sakho. I think that Sakho has good potential and he did very well recently for France in their critical world cup qualifiers. West Ham’s attack aren’t great so maybe that elusive clean sheet will come good today?

Luis Suarez looked keen and lobbed an early attempt wide, he was linking well with Philippe Coutinho too. West Ham are likely to hole up their defence today (like they did last season) but our attack could be very dangerous. West Ham gave a bit of tit-for-tat and got an early corner at their business end of the pitch. It was straight back up the other end, though, with Jordan Henderson this time putting West Ham under pressure.
West Ham were surprising tactically – Rather than shutting up shop, they set up in quite an open formation and were giving as good as they got in terms of attacking. It was an open game and could go either way. Modibo Maiga latched onto a good cross, and finding a good gap between the central defenders, put a strong header in on goal only for the superb Simon Mignolet to save well.

It took until 40 minutes for Liverpool to get their breakthrough. Jussi Jääskeläinen saved a blast from Luis Suarez but unluckily for the Hammers it rebounded into the goal off their own player, Guy Demel. Liverpool were a goal to the good and Luis, perhaps angry at not being able to claim this goal, was straight back up to almost get another, this time shooting over the bar. West Ham had done well first half, and we’ll need another goal to secure this game in the second half.

Just after half-time Martin Skrtel stepped up to double the lead. Steven Gerrard delivered a free kick which Mamadou Sakho got onto and combining with Skrtel the ball ended up in the back of the net. It’s nice for people other than Luis Suarez to contribute on the scoresheet! It gets boring all these goals he’s scoring! lol

A bit of bad news followed with Steven Gerrard pulling up and having to be precautionary withdrawn and replaced by Lucas Leiva. Hopefully it will be nothing serious and the job is half done for this match. Glen Johnson took up the captan’s armband.  West Ham changed Joey O’Brien for James Tomkins.

The big difference in the second half is that Liverpool became totally dominant. Our attack was much more varied now, with good combinations coming throughout the whole team which was good to see. Chances were flying about thick and fast with Coutinho and Raheem Sterling both going close.

If things were going well upfront, then in defence that elusive clean sheet slipped past us yet again. This time we were the victim of bad luck. On a rare West Ham forward move, Jarvis headed and it came off Skrtel for an own goal. Suddenly the Hammers had found their way back into the match and the impetus was now with them.

Big danger, as now Joe Cole was on the pitch… though he might have started, I just noticed him as he went into the ref’s book… Raheem Sterling off, Victor Moses on. A good game from Raheem today – our fringe squad members are staking their places well. It was good to see Martin Kelly come off the bench too, though Jon Flanagan had had another good game. I think Rodgers has made some positive substitutions with West Ham starting to show strength. A fresh face or two could put us back in the mix properly.

Liverpool Lu soon came to the rescue… He got on the end of a decent Glen Johnson cross to bang in yet another Anfield goal. Into the last ten minutes with the two goal deficit restored. Kevin Nolan gave the game another turn by going straight through the back of the already tender Jordan Henderson and getting a straight red card for his troubles. Luis, again, with his brace, a nice solo effort culminating in a deflected blast. On a hat-trick now he kept on pressurising the Hammers. Is there any stopping this man? I pray that he meant that he wants to stay with us and I hope that our board come through on the promise to make him one of the league’s top earners when they offer a new contract. All seems forgiven for the summer of woe and our main man looks as though he could be picking up a Ballon D’Or any time soon.

Full time: Liverpool 4-1 West Ham… West Ham were courageous but who on earth can stop our main man at present. An excellent team performance. A good couple of home wins. Next up we have a series of trickier opponents which I think could prove to us if we really will be in with a chance of a top four finish at the end of the season. Back in second now. Let’s see where we are at Christmas.

Man of The Match: Up until the 70th minute I was going to give it to Philippe Coutinho who I think played very well and showed he had fully recovered from his injury, but it’s another no-brainer, Luis Suarez, stepping up when it mattered and winning the game for us with a late brace. Luis will probably be a bit disappointed with his performance which let’s face it at only 2 goals in below par… I’d be surprised if the bookies accept any further bets on the top scorer this season. Prove the haters wrong, lad, and keep hope in your heart…