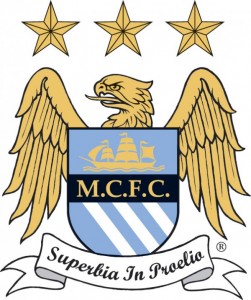 It’s time for one of the traditional football delights – the Boxing Day match… Full of Christmas turkey, it’s the time of year to gather around and watch the game – the halfway point of the season – it’s a good time to really start judging your team’s chances for the season. And it’s been a perfect Christmas for Liverpool; a perfect 2013 really, with even Gary Neville recognising Brendan Rodgers as the manager of the year…. We are top of the league, our star player has just put pen to paper on a lucrative contract extension and we have one of the highest league points total in many a year. It hasn’t been a season without flaws and we have dropped vital points and performed badly in a few matches: the Hull City, Southampton and Arsenal games spring to mind… But overall we have been doing very well. Our defence could still plug up a little, but the goals are fast-flowing and our attack, tactics and passing have looked better than they have done in a long time. We have possibly the best striker in world football and despite a couple of key injuries our squad is looking strong and performing well, and more importantly playing together as one. We are a force to be reckoned with and our preseason goal of a top four finish is well on the cards, with a chance now of actually lifting our first ever Premiership League trophy. Managerial changes in other top clubs means that an opportunity like this season may not present itself again. The time is ripe.

Our Boxing Day fixture this year is a mouthwatering fixture that has been creeping up over the past month. Away at the Etihad to Manchester City. Brendan Rodgers says that the title in Manchester City’s to lose. We are top of the league, but the top five are separated by only two points. It is very congested. Manchester City lie third, only a point behind us. The fixture looks particularly prominent as it is a meeting of the two top scoring Premiership sides. Goals have been free-flowing from both teams this year and Manchester City are the only side to have bagged more goals than us – 51 – 9 more than our 42. They have a perfect home record with 8 wins from 8, with a massive 35 goal tally at the City of Manchester stadium. Liverpool are the biggest scorers away from home and top individual goalscorer, Luis Suarez, has already broken the history of the Premiership’s monthly goalscoring record with ten goals in December so far. The firepower should be evenly matched as City’s leading scorer, Sergio Aguero, is out injured until January. We are missing Daniel Sturridge though have been coping well without him, with other players stepping up in the side to contribute to goals.

I think the weakness for both sides in is defence. Both Manuel Pellegrini and Brendan Rodgers have both been tinkering a lot with their defences this season and both have been a little too leaky for title challengers. Hopefully, our problems in the centre have been resolved with consistency being achieved in the last three games, Martin Skrtel being joined by Mamadou Sakho. Today will be their biggest test of the year perhaps? It looks as though Daniel Agger could be off to Napoli on loan in January… Let’s hope that we are extra secure at the back today…

Liverpool come into the fixture off the back of four straight high-scoring wins, though City are no slouches, having has some good dominant victories over Arsenal and Bayern Munich. They also put six past Tottenham. We were dominated by Arsenal and made to look ordinary in our defeat to them. Manchester City completely destroyed them a couple of weeks ago and I suppose, are responsible for us finding ourselves top of the league at Christmas.

Rodgers was present at the Etihad when Bayern Munich beat City in the Champions League so knows full well how they are not infallible at home. He saw the European Champions use a holding midfielder to edge out the 4-4-2 City set-up. Manchester City have been steadily improving all year though.

Last season we had two draws against Manchester City though outperformed them on both occasions. We are a side whose tactics strike fear into the ‘new Chelsea’. City will be there or thereabouts in the top four at the end of the season so it is crucial that we make gains on the head-to-head fixtures. Yes, Aguero is out, but equally, our captain, Steven Gerrard, is a critical injury blow for us. We cannot be overdependent on Luis and the other players around him will all have to bond well and deliver top performances if we are to get points here today. To be fair they have done surprisingly well recently though today is certainly a step up in class.

City’s defence is under the cosh injury-wise with Matija Nastasic, Pablo Zabaleta and Micah Richards all out for the fixture. Our youngster, Jon Flanagan picked up a knock against Cardiff and might not make it, which could be a concern as Jose Enrique is also still out. We could possibly see Martin Kelly getting a recall.

The tables are set and this will certainly be a Christmas treat for both sets of supporters, if only to truly assess our teams’ potential. I hope Luis has a nice bit of Turkey and is feeling fresh as he is unplayable at the moment, whatever the calibre of opponent. I’d like to think he’ll bag a hat-trick, and it would really top off the Reds’ festivities. We’ve been spoilt this Christmas though, and maybe a wake up call is lurking in the mist?

The match kicks off at 1730 and will be shown live on BT Sport.